Sexual abuse from my father almost led me to suicide 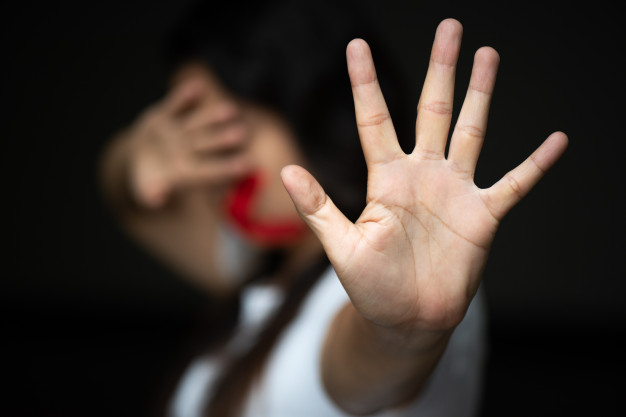 I was born and breed in Lagos state, eti osa local govt. I was molested and sexually abused by the man I called father. He started abusing me when I was around seven till I became a full grown adult.

We were living in Maroko at that time. It started when my mother traveled. We were living in a one room apartment that has two beds and a couch. Since my mum wasn’t home I slept on one bed while he slept on the other bed. He would crawl into my bed at night and play with my vagina.

At that time, he was working with Plateau state liaison office and he was also a house fellowship leader, as we attended deeper life bible then. At a point he lost his job with Plateau state government and got a job as security personnel with the American embassy. When Maroko was demolished, we were given an apartment at one of his boss’s compound.

So, when the family moved to the mainland, I was left on the island to continue schooling there. There was this female domestic staff who was always taking care of me. Whenever I come back form school, she will give me food and sometimes ask me to rest in her room before I was given a small room at the quarters.

Each time he was posted to where I stay, he would come to my room to abuse me sexually and threatened that I shouldn’t tell anybody or he will deal with me. So, one day, he came to knock on my door and whispered that I opened the door for him, I refused and told him that he was disturbing my sleep cause I hated being disturbed when sleep, When I didn’t open, he left. So, one day I fell sick and one of the male domestic staff, saw me and asked me what was wrong with me, I told him I was sick and he asked if I had eaten and I said no, so he gave me something to eat and gave me a drug and I slept after that.

So, the next day or so, he came to work and he was told that I was sick and needed proper medical attention. If I knew that was going to be the beginning of my night mares, I would have asked and protested that I wanted to stay on the island. While I was sick, I couldn’t, eat, talk much nor play, I was always lying down on the bed and looking like a moron. So, he came back from work one day, came to my side of the bed, looked at me and shook his head, I knew immediately that he gave up on me. He was only waiting for me to die.

So, when I got well, I went back to school but I had to repeat Jss one. After a while he said I can’t continue to stay on the island again, so, whenever he was on morning duty, both of us would leave the mainland together. Even in the bus he would manage and finger me and nobody would know or people in the bus knew and choose to be silent about it, I do not know till today.

After a while, he said he can’t afford transport fare for me to be going to the island, so I stopped going to school on the island. To cut the story short, he kept coming to have sex with me at night. Nobody knew and I couldn’t tell anyone.

Who do I tell and who would believe my story too. At a point I left the house when I got pregnant for a young man. My intention was to take something that would either allow me have a miscarriage or die in the process. At a point, I thought it was my fault that he kept on raping and threatening me. I had thought of ending my life somehow, anyhow. I was almost going insane after I had my son. But all thanks to God and two of my friends who helped me heal. The trauma I went through was hell and sometimes, I have flash backs too.

Spread the love by sharing

Get notified in your inbox when we publish new posts

Click representative below to chat with us on WhatsApp or drop us a message using the contact form on our site.